As I’ve mentioned before, I have never been attacked or harmed while traveling alone. However, I have experienced many moments where I wasn’t sure if I was making the right decisions. These moments pushed me to think several steps ahead, playing out all the horrific what-ifs in my mind.

Imagine that you have just arrived in one of the most unique cities you have ever visited. Its sunset. You have on tiny shorts showing off all the hard work you put in at the gym. Your hair is doing magical tricks its never done before. You are accompanied by a fun friend, who is just as eye-catching, and the possibilities for your first girls trip together feel endless. Music is floating on a light Caribbean breeze and the evening is hot enough for a nightswim under the moonlight. Men and women are dancing on the cobblestone outside of bars with live music. Every face that passes you is smiling and inviting.

With so much sensory flooding in, the two of you finally agree to a cigar lounge so you can discuss your days ahead. A jovial man, just like many of the other locals you’ve passed, offers his assistance. “I know a great place!” He says, “it’s very close and not expensive.” He points in the general direction you were already considering. You and your friend exchange looks of hesitation. The man smiles and points again to an area clearly thriving with liveliness. Spontaneity gets the best of you and you mistake your friend’s politeness as affirmation.

After a short stroll along a street filled with young locals dancing, mingling, kissing or selling goods, you noticed you’ve passed your destination. “Señor??” He points directly straight in front of you to clarify once again his place of choice that has inexpensive cigars and great music. This time, you continue walking, but more hesitant and irritated by the miscommunication.

You approach a dimly lit cross street where the smiling man makes a left. Your feet stop moving before you understand why. He never discussed making a turn. A rancid smell begins to overpower the sweet Caribbean air. There is no music and there are fewer people where he stands. A large three ton white truck sits just a few yards down the street. The man continues walking towards the truck and turns to wave you over. Despite the heat, you get a tingle in your spine, a weight sinks into your stomach. Pressure fills your chest and halts your heartbeat. Your girlfriend verbally confirms what you now recognize as fear, “girl, where the fuck is he taking us?!”

“SEÑOR!!!!!” Anger has taken over your fear. You feel tricked. You want to strangle him, and under the right circumstances maybe you would have tried. There are no more smiles. Your voice is on edge as you berate him for leading you here. With clenched fists and raging disgust, you turn back the way you came.

This is a true story. My friend and I never found out what was actually down that street in Havana or where the man intended to lead us. We dont know if our fears simply got the best of us or if we were potentially in real danger. However, a few days later, my girlfriend had to leave the country early and I found myself in a similar situation. This time, I was solo.

Back to My Place

During our days together, my girlfriend and I found that it was common for locals to lead tourists to “a great place they know.” Consider them the sign flippers or the blow- up men waving their arms for these businesses. And they are VERY affective! We discovered several delicious places to eat because of these smiling faces and fantastic suggestions. One key difference is that we weren’t led down dark dank alleys like our first night in town.

Once my girlfriend departed, I spent my final afternoon enjoying a parade proceeding down Obispo street. A local man, approached me and we struck up a conversation in broken English and broken Spanish. His charm led us to a familiar bar to grab to-go beers. We succumbed to the magnetic pull of the Malecón wall. I pulled out my remaining cigars and we enjoyed the slow setting sun. “How much did you pay for these?” He asked in Spanish.

“Twenty CUC for six.” I told him. He shook his head, smiled and took another drag of the authentic Cuban grown tobacco. “Is that bad?!” I asked.

“Yes. These are $2 cigars, at most.” He explained, it wasn’t that the quality was bad, as all Cuban tobacco is of great quality. I’m just a tourist and got played. He continued to tell me how the cigar factory tours will also upcharge tourists by three or four times the value. He suggested his friend’s casa particular who sells boxes at fair prices.

Again, I was hesitant, but he hadn’t given me a reason to mistrust him in the hours we’d spent together. So I agreed and followed. We walked about fours blocks through streets I knew I was going to miss severely. I looked up at the crumbling four-story buildings knowing if I ever returned to Cuba, it would never be as beautiful as I’d seen it on my first visit. Many places would change, some buildings would be improved and new buildings would be added.

As we approached his friend’s building, I found pride that I was able to see Havana’s beauty before a Starbucks had invaded it. We stepped inside what would have been the humungous foyer of the original 1950s mansion, before the Revolution. Now, a wall had been erected to divide the duplexes. Leading us up to the additional apartments was stone stairwell with Italian details that had eroded over time. My new friend continued up the steps, but my feet suddenly became as heavy as bricks. A familiar rancid smell brought back the memory of my first night in town. I stopped at the top of the first landing as he continued to the second.

I couldn’t find my Spanish words. “Señor!!! Por favor!” I managed to say. “Mi corozon!!” I pounded on my chest quickly to show how fast my heart was beating. “Estoy nerviosa!” I was afraid.

He understood and he laughed. He came down to meet me on the first landing, took my hand, and said, “no, no, no.” He told me there was nothing to be afraid of. He began to describe his longtime friend who sold cigars and how his kind mother was probably home cooking. As soon as he said so, I smelled her amazing food wafting through the stairwell. Instantly, my fears subsided and a few moments later he opened a door to a warmly lit living room.

Just as he had said, an older woman was cooking in the kitchen. Upon seeing me, she stopped to hold my face in her hands and kissed both sides of my cheeks. A flat screen was mounted in the corner on a peeling terracota wall. There was a soccer game playing with two young men watching intensely. At my friend’s request, one of the young men left to retrieve several duffle bags full of cigar boxes. The woman set a floral cup of steaming hot coffee on the table by me, with sugar cubes and a tiny spoon beside it.

As the young man unzipped each duffle bag, my imagination took over, and thrusted me onto the set of Narcos. Is this coffee spiked? No, dummy, you saw her drink some! I shook the thought from my head and smiled at my vast selection. I bought three boxes for what I would have paid for a dozen cigars at a tourist trap. He placed official seals across all the sides so that I wouldn’t have trouble in Customs. The exchange was easy and I couldn’t help but laugh as I had broken the NUMBER ONE RULE of solo travel. I enjoyed the rest of my coffee and kissed everyone goodbye. A deep dark veil had fallen over the city while we were inside, but before I could protest, my friend insisted on walking me home.

Both stories had uncomfortable moments, but ultimately both ended safely. One person felt untrustworthy, didn’t communicate clearly and made changes without discussing them with me. The first man did not even interact with my girlfriend and I as he led us towards God knows where! The gentleman who helped me find cigars, showed interest in speaking with me, taught me Spanish words and allowed me to teach him English. He invested in the interaction by buying me a beer and always remained aware of my comfort.

In general, a person is constantly looking for a reason to mistrust a stranger. This is a by-product of survival instincts. Situations and outcomes will be difficult to discern and different for everyone. We must quickly separate the facts of our reality from the timidness that comes from stepping outside of our routine. Base your decisions on observations and what relevant experiences have taught you. Our instincts are trying to keep us safe from harm. Our fears are trying to hold us back from living. Its always important to check in with yourself and be aware of the exit. You should never feel trapped, confused or cornered. If there is too much that doesn’t add up, if your stomach is turning over, if you don’t see any positive outcomes, leave long before you are in any real danger. Traveling solo means learning the balance of how to trust your intuition, without letting your fears talk you out of organic interactions and amazing experiences. 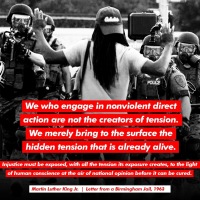 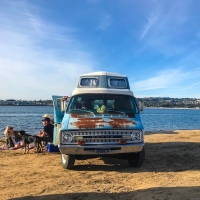