We were seated in a bustling bar in midtown Atlanta only a couple hours after my flight landed. Publik, it was called. Somehow we lucked up with the only two cushy armchairs cattacornered with a view of the entire quaint space. We'd met many times before, often ending up somewhere to talk, away from our industry counterparts. The bartenders were flipping up bottles, pulling levers for beer and slinging burgers across the bar counter. Servers maneuvered in and out of the table tops with heavy platters and overflowing drinks. The front door looked like it belonged on the front of a bake shop with its wide oak frame, oversized brass knob and the bells that jingled as each new patron entered. The windows were walls of rushing pedestrians moving beyond the cozy space we held inside.

The conversation was easy as usual. It had its structured moments where we'd stay on topic and dive deep into its complexities, but then the topic would spring legs like an octopus pulling us into the next natural direction. The laughter was genuine and loud, untamed. He shared his ideals and they were my own. I told him my innocent childlike beliefs and he believed for a moment they could be true. How often do you befriend another human being like this?

His presence was hard to think of leaving, like a warm blanket on a chilly morning. The energy was mellow, consistently, with little care for what happened around our bubble. In between sips and secrets, we stared through the windows of our bubble and people-watched lovers holding hands as they made their way to see a musical at the Fox Theatre next door.

He wanted me to know him as well as he knew himself but there was a constant hesitation. "No… I'll tell you next time. No… I won't say that now." For some reason, as open as our moment was, there were still parts of it we couldn't access. This also was a reflection of how well we knew ourselves, parts were still unknown. It was less bothersome than it was something left to be discovered. Time wasn't acknowledged, even though we knew it was there and it mattered. I always wanted to know more but I felt he would openly tell me in his own time and only then would I ask for the details.

He had always been attractive his entire life or at least thats what I thought. He had always been confident. He had always been passionate and ready to deliver. His mother raised him to be a gentleman. Again, these were my assumptions. Yet, one thing I couldn't assume was who held his favor. Were we to only become best friends? That's all I wanted anyway, right? Did I even stand a chance against what he wanted?

The challenge played out only in my head. I never mentioned my confliction when he told me of his lovers. It was the first time I had to pretend and I felt the bubble melt away. I wasn't ready to know this side of him, even with parts of it I had already assumed from observation. The bar began to feel loud and my hands gripped my beer tighter.  I started to calculate the hours I had left in town. The front door jingled alarmingly, bringing more people into our space from outside. It was about to rain, you could smell it. He wrestled with his self- awareness aloud while I smiled and nodded. I didn't know if his confessions made me uncomfortable or if it was me not being honest with myself.

Though I still frequent that small city hidden within a vast forest of strange fruit, it was the last time I saw him. Sometimes, I still wonder. 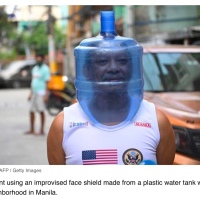 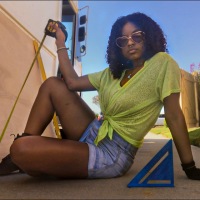 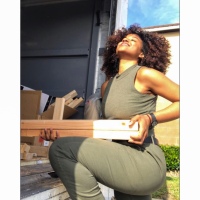