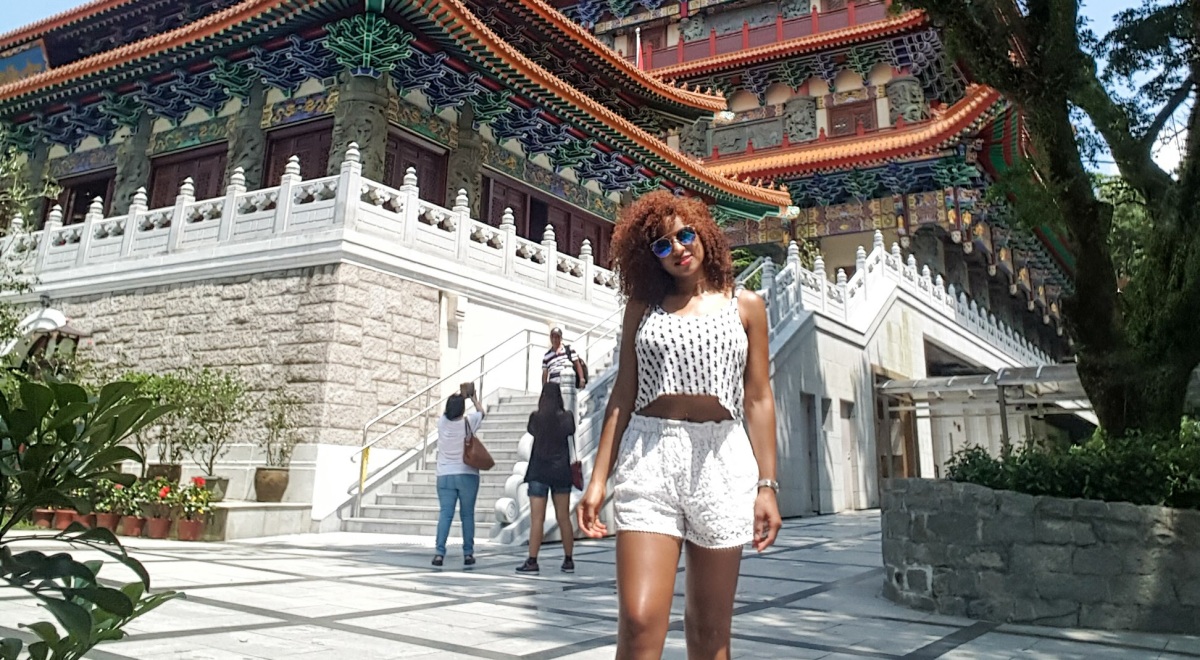 …you still have to “act like you have home training,” as my mother would say.

My experience traveling alone has been limited. However, it has given me glimpses of what I should and should not do while away on a solo adventure. Rule #1, never ever panic! 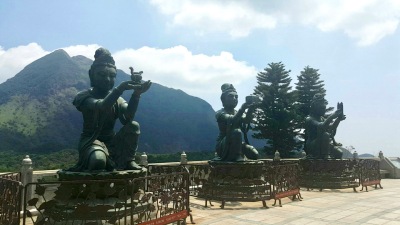 While visiting Hong Kong, I was traveling in a group that did not have the same vision as me as to what traveling in a group meant. Great people and God bless them, but this difference in vision made for some interesting moments of me turning around to find myself completely alone in a place I’ve never been before. At first, you’re pissed that they left you without so much as a word or a tap on the shoulder. Then you start to feel the panic well up in your chest, like a kid that got lost in the grocery store. Even though it was broad daylight with plenty of witnesses around in case ‘the Killer’ jumped from behind a bush, I still felt panicky, but I kept my face composed. So the last reaction for me was to just get over it. 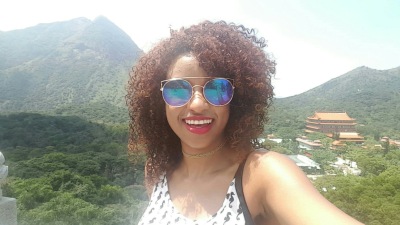 Like ok, its my first time in Asia, but no one else knows that. Even if I am literally the peppercorn among rice, I could be a long-time expatriate who is very well versed in the area, no one knows the difference. I held onto the comfort that even if I eventually never found the group again, I knew how to get back to the hotel or at the very least, I would find someone that could help point me in the right direction. In China, there is no offline Google Maps, but I did have a paper one! Luckily, colonialism was on my side because many many signs in Hong Kong are written in English. Thank you, English people 😊. 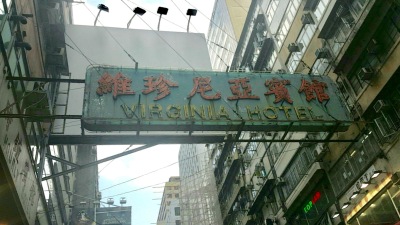 Eventually, I did find my group again and we continued on with our day, but it continued to happen! This time, it was in the very crowded Ladies Market, the outdoor open markets that literally sell EVVVVVVVERYTHING you could ever imagine buying. This place is teeming with products and buyers. Crockpots? They had it. Stainless steel jewelry? It was right there, in the tent next to the knock-off sunglasses and tea pots. I turned around to ask my group mate if they thought these particular sunglasses were too gaudy on me, but again, she wasnt there. Only 10 seconds had passed since I last saw her! My heart sank again, but the panic did not follow. I had accepted that I was alone in a place where I was the only one who cared about me. I had accepted that I was in a sea of faces that were unlike my own, which is something I had a lot of practice in back in the States. Thank you, white people 😊. Eventually, I did find her again as she had gotten separated from the group too. She told me the sunglasses were, in fact, too gaudy, so I bought them. 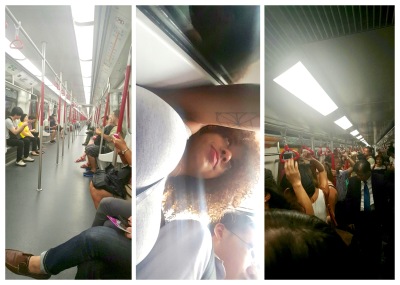 Later that night we were altogether again downtown watching the show of flashing artistic graphics that were displayed across the thousands of tiny LED screens on the skyscrapers. The water sparkled in unison with the LED show as we crossed the harbor to the other side. I had no idea where we were and at this point, I was exhausted from the full day we’d had. Once on the other side, I was very detached from the group by this point. This time, I was the one drifting. I overheard them debating on the next move. Simultaneously, I heard a speaker in the distance shout the next train time to our hotel area. GASP! Of course! I knew where the hotel was. “Hey guys, I’m calling it a night…. No, no, no…. Its totally fiiiiine…. No, no, enjoy your night! See you tomorrow.” And I literally RAN for the train that was coming in 90 seconds. I counted each second in my mind, hoping to make it. I did, and 45 minutes later, after witnessing a Chinese rushour, I was safe and sound in my hotel bed.

Of course, I was the only Black person in the group and interestingly enough, in many cases, the only Black person for miles. (The one Black girl I did, we locked eyes and gave each other the head nod from across an intersection. It was magical.) The problem wasnt them leaving me behind, the problem was my reaction to it. Initially, I saw it as negative, but I was never in any immediate danger. The people in Hong Kong treated me either like I was apart of the swarms of crowds or like I was a celebrated Black figure they couldn’t wait to meet. There was no in between. One Chinese man even stopped to take a photo with me and then moved right along with his sight seeing. On another instance, two teenage Chinese girls were blatantly filming me! Still, most often, I was one of thousands of people moving to their next destination. So I turned it into an opportunity to expand myself in a way I wouldn’t have been able to with them constantly by my side. I was comfortable to explore the rest of my time in Hong Kong on my own. Now, I had tasted the freedom of traveling alone.
…Oh, but there is more! Catch me next time to find out what happened to me traveling solo in Germany! This time, I actually got my feet wet.

Thanks for joining me!

Reply to this PostCancel Reply

✊🏽 WE will never forget 🙏🏽
Taking the life of an unarmed (wo)man is the most unnecessary and cowardice act a police officer can perform.
Genocide —noun. The deliberate and systematic extermination of a national, racial, political, or cultural group.
✈️“There are domestic attendants, my friends included, still in the air around the world. Luckily, the Dreamliners I rode to Europe every week were grounded in mid-March due to the WHO upgrading the crisis to a Pandemic. I was saved the trouble of choosing a paycheck over my safety. There have been numerous scenarios when I felt like a body at work and not a valued crew member; or a number on payroll rather than an asset. The outbreak of COVID-19 has brought many of those experiences flooding back to mind. It seems to outperform each memory in its own way. Though I thoroughly enjoyed my freedom to roam this globe as a flight attendant, I acknowledge how volatile the aviation industry can be especially during times of uncertainty. Whether I never wear my wings again, I’m prepared to let go and move on to traveling in other ways until air travel is safer. Looking ahead should include a plan for airlines to..... “ Read more at curlsncarryons.com #linkinbio👈🏽
I really took you for granted. 🌱🌍
Last month, I had the pleasure of connecting with Laura Hughes from @womenontheroad , a podcast about life on the road from the feminine perspective. As a woman of color who solo travels, is building her own #vanlife and believes the future is female, I was honored to explore the details of my journey. To listen, click the #linkinbio .
And by bae, i mean my journal 📓🤓. #newpostup #linkinbio #writersofinstagram #matchalatte
Exploring self 😉love... New post on the blog ♥️ #happyvalentinesday #linkinbio #writersofinstagram
Date night anyone?? ♥️ This hidden gem in London became famous when Banksy hosted the Cans Festival in 2008. He and 30 artists turned the tunnel into an ever-changing art gallery. Now professionally lit, the 300 meters of tunnel hosts venues as well as art-enthused pedestrians. #leakestreet #banksy #ldn
Dont let this face fool you. I never go down without a fight. 💪🏽♥️ #solotravel #wildwoman
What the Green Book was ACTUALLY about: Safe Black Travel. #linkinbio #browngirlbloggers #blackgirlmagic 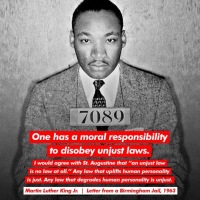 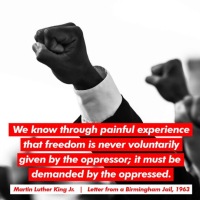 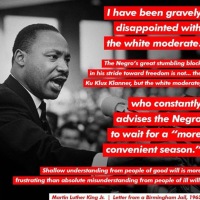 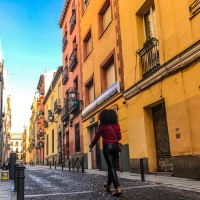 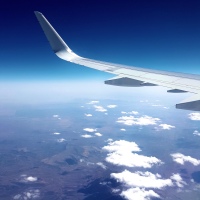